​​Gia Darling is a 5’5, 124lb, Post-Operative Transgender Female from Los Angeles CA, but now resides in New York.  She is that hot, girl next door, with a slight twist! Gia was born a boy and used modern medicine to turn herself in to the girl that she always knew and felt she was in her heart!

To some people it might seem a bit extreme to endure so much pain and undergo so many cosmetic procedures, but for her, it has all been worth it! At the age of 15, Gia began taking hormones and living as a female full time.  Before that point, she was androgynous and dressed very conservative.  Gia was very fortunate to have the full support of her family during that extremely difficult and intimidating point in her life.  Imagine how hard and flat out scary it would be for a young kid to go through this transition in the early/mid 1990’s.  While attitudes and awareness have grown in recent years, Gia makes it a priority to share her story with the world in hopes of helping other trans youth in  circumstances.

At the age of 18, Gia’s romance with cosmetic surgery began.  Gia saw, (her now dear friend) Cindy Jackson on TV talking about how plastic and cosmetic surgeries had changed her life.  Cindy went from an average looking person, to an absolutely beautiful woman!  Gia felt that she could relate to Cindy in so many ways, because like her, Gia wanted to change her own features.  Not because they were average, but because she didn’t look at all on the outside, like what she felt like on the inside. So after starting an email friendship, Cindy provided Gia with advisement on what surgical changes she might want, by looking over pictures of Gia, as well as giving her ideas on how to change her features to those more like that of a genetic female.Although Gia was very lucky to have always been very small and “girly”, it’s truly amazing what a few surgeries can do to change one’s way of life.  She went from an average looking girl, to what many consider a beautiful looking female; and Gia says, “The kicker is that I was born male and with cosmetic surgery, I have managed to change myself to look more like the woman I have always felt I was inside!”

Gia has now had over 50 cosmetic surgeries and well over 100 cosmetic procedures, totaling more than $300K on them.  While some may consider this to be a bit of an extreme, it has worked for her. Gia loves to tell her story to help let other girls know that there is something that you can do to change your way of life.  Some people like to judge her actions by saying that she’s sick or “addicted to surgery”, but if anything, she’s addicted to looking good and feeling good about herself.  Gia feels that people will do what they can, within their means to make themselves look as good as possible and she wants to help others reach those goals.

Now Gia spends her time Doing Plastic Surgery Consultations for Dr.Mayer and working with patients in her after care service she feels its important to guide and be there for other trans people so feel free to reach out she will love to hear from you and be there for you.... 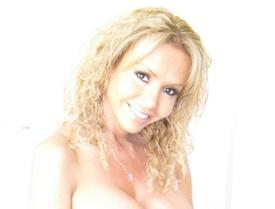